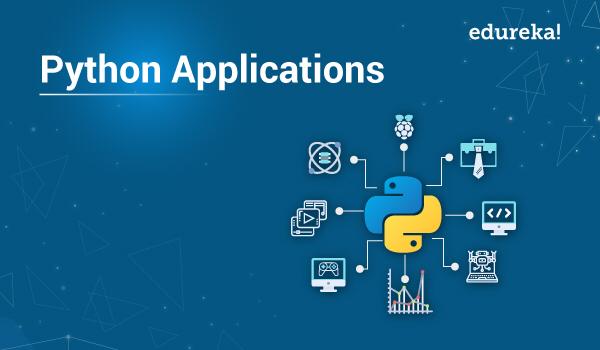 Each programming language has its own application, market, and capabilities. For example, someone who is into PHP is more likely to want to become a web developer, or someone who is into Kotlin is more likely to decide to work as an Android programmer. Therefore, you can conclude that understanding programming language applications is essential in learning them. In this article, you will learn about the uses of the Python language.

What is the Python application, and where is it used?

Some programming languages are specific to a particular field and are not potent in others, but Python is different.

By learning Python, you can kill two (numerous!) birds with one stone.

Python makes you capable of working in different areas of technology.

If you want to know why the use of Python is so widespread, read the following article:

Python application in the world of web and internet

When it comes to website design and web development, most people probably think of PHP or ASP. However, Python has made great strides in web development in recent years as far as successful sites such as Instagram, NASA, Pinterest, etc., use its frameworks.

Most Python frameworks, such as Django, support the MVC design template, an essential advantage for designing web pages. That’s because MVC is a well-known standard among programmers. Python also supports object-orientation and simplifies the design of large and complex systems.

Python uses the SQLite database by default to modify data. The sqlite3 module integrated this database with Python, making it an ideal choice for small to medium-sized projects. However, there are ways to work with databases like MySQL or MongoDB. These changes increased the use of Python in various fields.

As you know, the main programming languages for Android are Java and Kathleen, and iOS developers use Swift. However, if you learn Python, you can build mobile apps with frameworks like Kivy.

Kivy received $ 5,000 from the Python Foundation in 2012 to port its framework to Python 3.3. After the mobile app, Kivy went for the Raspberry Pi to modify Python to develop it. As Kivy is not native for mobile application development, you may encounter problems such as increasing application size or low speed, which is normal. Like React, a JavaScript framework for mobile programming, with the same issues.

Learn more: What is React Native and what is its use

Despite the many advantages, pythons can be scary too. When it comes to hacking systems, Python has a lot to say.

Python’s use in hacking is due to this scripting language’s high efficiency in making small programs. That’s why professional hackers are so good at Python.

This language has various libraries such as NetworkX, NAPALM, and Pulsar in the field of network and penetration testing. If you look at GateHub, you see many intrusion and hacking tools written in this language.

Many countries taught Basic language in their schools in the past, but today Python has replaced it. If a 12-year-old sees C ++ or Java code, they will probably hate programming forever. But Python has a simple and attractive structure and is easy to learn.

Application of Python in data mining and Big Data

Another use of python is in data mining, which is the science of examining data. Services like Instagram or the Google search engine receive several thousand gigabytes of data a day from their users and earn a lot of money from analyzing it. Maybe only a few megabytes of useful data can be extracted from the 50 GB database, but those few megabytes are precious.

Although different languages such as C, Scala, and R can be used in data mining, the best option is to use Python as its libraries are instrumental.

For example, Scarpy is used to crawl the web and examine existing data. NumPy is used to build n-dimensional arrays and various mathematical formulas such as Fourier transform or linear algebra functions.

Learn more: What is data mining, and what are its uses?

The use of Python in game making is increasing. PyGame is a free, cross-platform library that has been around since 2000. This library consists of sound and computer graphics that are well compatible with the Python programming language.