Laravel Vs. WordPress; Which One Is Better? 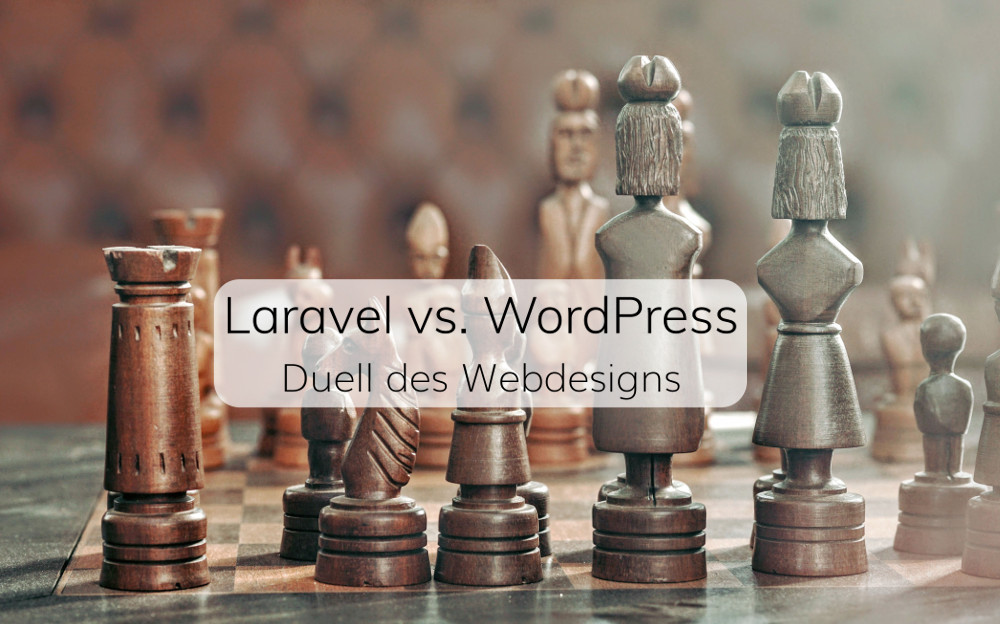 When it comes to Laravel and WordPress, many investors wonder which one is better for website design. Although a content management system saves time and costs, choosing between the two is challenging for many business owners.

There are several technologies for website development to choose from. They can generally be divided into CMS (such as WordPress, Joomla, Drupal) and Framework (such as Laravel, Siphon). Each of these web development technologies have features that make them a good choice for particular types of websites. So, if your question is whether Laravel is better or WordPress, in the first step, we have to ask you: FOR WHAT PROJECT?

Another bias is the public perception of web technologies. The prejudice of some specialists towards a particular technology and not considering the features, advantages, and capabilities of new technologies has led to unrealistic perceptions in public. For example, in the beginning, WordPress was a blog system. But today, with its extensive development and colossal support team, it has become a powerful CMS that can serve everything from corporate and news websites to store websites.

On the other hand, the professionalism and experience of the developer are extremely important. In many cases, the developer’s technical ability determines the success rate of the project, not the technology. For example, in the case of CMS, there are many novice developers in the market. So, naturally, there are many unsuccessful projects in this area and consequently unsatisfied customers. In these cases, people may focus on the technology instead of the developer and blame one instead of the other.

The bias sources mentioned play an essential role in choosing between Lavarel and wordpress. However, we need to technically look at both to see which project is more appropriate for each.

PHP language is one of the tops and most popular programming languages in web design. This language has many frameworks, one of which is Laravel. Many features set the Laravel framework apart from other PHP language frameworks, which will be discussed below. Many companies are now looking to hire a Laravel programmer.

What Is a Framework?

A framework is an essential supporting structure of a building, vehicle, or object.

A programming framework is a collection of libraries, standards, pattern designs, and coding rules provided to developers and programmers within a software.

Numerous frameworks have been developed for different types of programming languages. Each of them is for a specific purpose. For example, CodeIgniter, Symfony, Zend, Phalcon CakePHP, and Yii frameworks are among the top PHP language frameworks after Laravel.

What Is the Laravel Framework?

Laravel is a web programming framework using simple and understandable language. With Laravel, you can create small things with minimal effort. Since its first release in 2011, Laravel has experienced great growth. In 2015, it became the most popular PHP framework on GitHub and reached the highest level of programming framework worldwide.

Laravel focuses on the end-user. This means focusing on simplicity, clarity, and ease of doing things. Programmers and companies use it to build all the web components, from simple entertainment projects to complex solutions.

Laravel is a PHP programming language framework that has become the best choice for web application developers today. This framework is based on the MVC model. If you are familiar with the three-layer MVC model, you can quickly learn the Laravel framework to develop powerful websites. As mentioned, a framework is a collection of libraries and commands that make programming easier.

Sir Taylor Atoll first built Laravel and replaced it with CodeIgniter. CodeIgniter was an old PHP framework that lacked Lavarel’s features, such as support for internal client authentication.

In 2011, the beta version of Lavarel was released, and shortly after that, version 1 was released to the public.

Since then, a new version of Laurel has been harassed every year; the latest version (Laurel 8) was released on September 8, 2020.

Traditionally, PHP has been like the Wild West of programming languages. Since the PHP data type is dynamic, many errors may run unnoticed. However, in other languages, the coding process is so that if something goes wrong, you can find it before executing.

PHP does not have any of these features. For this reason, you may continue poor coding for a long time without realizing your errors. Eventually, when the program runs, you notice the issues and have to spend a lot of time fixing them. The creator of laravel made it to solve these problems. He used the .NET infrastructure ideas that Microsoft had created and spent hundreds of millions of dollars developing.

Laravel became a popular framework in a short time. Perhaps the most important features of this PHP framework are its simplicity and high speed. In the following, we will examine Laravel’s other features.

WordPress is the most popular content management system (CMS.) The success of this system is due to its simplicity in development and use, great developer network, being open-source, and flexibility. This content management system uses PHP and MySQL. Initially, WordPress was a content production system for bloggers, but with the addition of features and many changes, it became a CMS that can also serve store systems.

WordPress has many plugins and templates that help you easily add any features you need. Most of these plugins are free and have good security and performance.

We have discussed this CMS advantages in detail in this article. So, we will not dive deep into this issue in the current article again.

Which Projects Is Laravel More Suitable For?

Laravel has professionally solved the common challenges many developers face:

Many people start from scratch in building a custom product, such as a robot, while others seek to customize and assemble ready-made parts. Using a great framework like Laravel is like having a great workshop with many tools that equip you to start from scratch. While using WordPress, you can just assemble your robot in a shorter time and lower cost. As you can see, both have their advantages.

Creating customized software using Laravel is a time-consuming process. Such software is also more difficult and expensive to maintain. Given that you start from scratch, the chances of making mistakes along the way are high. However, making software with Lavrell gives you the flexibility required to build some software that needs unique features.

In contrast, in WordPress, fewer things start from scratch. Thus, fewer errors happen and you need less time and money to maintain the software. However, a wordpress-based website has limited flexibility, and there are assumptions about the final performance of it. The different parts must be well connected so as not to cause technical and security problems. The developer’s skill and proficiency are crucial in assembling these critical points.

What Projects Is WordPress More Suitable For?

WordPress also has its place and works great for some projects:

WordPress is a content management system. So if the project falls under the category of content-based portals such as blogs, newspapers, and portfolios, WordPress is the first choice.

Of course, this does not mean that Laravel should rebuild all the great content management features of WordPress from scratch. Instead, you can use Laravel to develop different parts of WordPress: auto-save drafts, image galleries, tags, categories, and more.

On the other hand, if your content-based website is full of user-based actions, you may need to use Lavarell instead of WordPress. Although you can develop most user-based actions with WordPress plugins, maintaining, connecting components, and updates can be complicated for long-term and large projects. In this case, the system ultimately will not have the necessary agility.