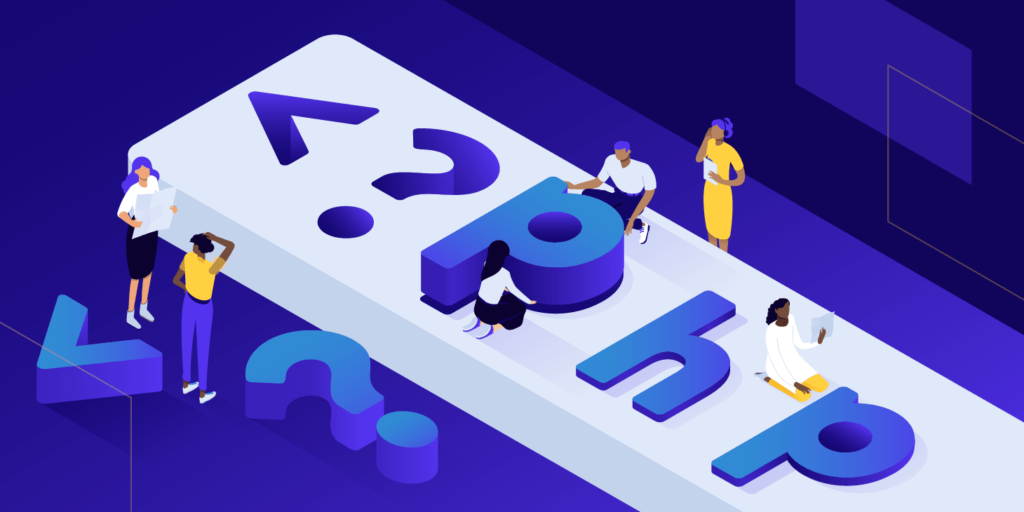 The PHP programming languages infographic shows you the roadmap for learning this powerful language. But why to learn PHP and use a roadmap through this learning path?

The increasing use of PHP has created many job opportunities for PHP developers. However, due to non-standard learning resources, some learners become frustrated and abandon learning PHP. So, using the proper roadmap for learning this language helps you avoid wasting your energy on trivia and pursue what you precisely need.

This article helps you learn the steps of learning PHP to reach your destination in the shortest time by following an exact roadmap.

Step 1: Getting Familiar With the Basics and Essential Protocols of the Web

The first step of the PHP learning roadmap is to get to know the essential protocols of the web.

In brief, the Internet consists of various networks and computers at different distances that exchange data with each other.

Protocols are a set of software rules used to communicate all the components connected to a network and helps to utilize all computers’ hardware features. In fact, protocols make sharing data feasible by defining standard rules for all.

So if you want to start learning PHP, the first step is to get acquainted with these protocols and other basics of the web.

HTML (HyperText Markup Language) is a web markup language. So, it puts together the various elements of a web page, including paragraphs, lists, photos, audio, and more, to create the main framework or skeleton of the page.

On the other hand, CSS (Cascading Style Sheets) is a markup language that complements the HTML language. CSS was created to style HTML pages. So, you can use CSS to create page layouts, colors, fonts, and anything that you need to make a site.

HTML and CSS are very easy to learn, and you will master them in a short time.

We need a robust programming environment like PhpStorm to write and execute our PHP code. PhpStorm has intelligent features such as advanced navigation, auto-complete code, support for coding standards, fixing code errors, etc., which multiplies web programming joy for developers.

This IDE supports advanced web plugins and technologies and is very useful for programmers who are interested in website development and coding.

In brief, version Control System (VCS) allows developers and programmers to save or submit their projects in multiple versions.

Version control systems are divided into two categories based on the method of data storage: Distributed and Centralized.

One of the main problems with centralized version control systems is that users cannot access a file simultaneously. If someone is using a file, other developers have to wait.

Distributed version control systems do not store change history. In this type of system, files and their change history are stored in a repository. Clients or developers also have access to a copy.

Developers can sync it to the central server after making the desired changes. In case of problems, they can reset the server using the version they have.

Forking, the Most Important Advantage of Distributed Version Control Systems

A unique feature of distributed version control systems is forking. This feature lets people who are not allowed to make changes to the original version have a copy of it to make the desired changes. In the next step, by “pull request”, they can notify the original developer of the changes to decide whether or not to apply them.

Step 5: Learn the Basics of the PHP Language.

Syntax of integer definition in in PHP:

Fortunately, you do not have to memorize all the syntaxes as you will get used to them over time. However, most advanced IDEs also remind you if a syntax error occurs.

Step 6: Learn the Concepts of Database and SQL

A database is a collection of organized information stored together in a specific order and rules.

In computer science, a database means a virtual location where information about software, website, etc., is stored. Based on the specific methods used in organizing information, databases make it much easier to manage stored information and quickly access it.

Using the database provides other benefits such as information independence, eliminating duplicate processes, increasing security, the possibility of backing up data, and so on.

Step 7: Getting Familiar with Composer and Package Management in PHP

The Composer tool is to prevent duplicate tasks in PHP programming. Using composer, developers can access and use libraries and packages provided by other programmers.

Another job of the composer is to manage the loading of classes. That means only when your code includes a class, the composer uploads it to your  project. This feature increases the project loading speed.

The composer’s source to download the required packages is the packagist website, which is the default repository for PHP projects. Developers from all over the world upload their project frameworks and libraries to packagist. They can use composer to access all of their packages and those of other programmers.

Take a look around you; everything you see is an object with its own attributes and features. Using OOP, developers try to bring programming as close to the real world as they can.

What Are the Benefits of Object-Oriented Programming?

Today, object-oriented programming languages ​​are used to develop small and large applications. OOP languages ​​have numerous benefits; some of them are summarized below:

Step 9: Learn About Security and Performance Issues in PHP.

In the world of web programming, security is always a priority. Following learning PHP and mastering it, you should know more about improving security and performance in PHP.

PHP is a safe, open-source language. Many developers worldwide can fix bugs or security flaws if they happen, in a short time. Although PHP is a secure language,  its safety may be compromised due to programming errors. There are many ways and tips to secure PHP applications, including:

Step 10: Getting Familiar With Web Service and API in PHP.

What IS Web Service?

Web service is a kind of programming interface implemented in the web platform. By using standard protocols such as http, these interfaces provide us with various functions to move data between different systems.

In other words, web services enable communication between applications and the client communication with the software. When using the web service, an API is created on the source site that other sites can access the data they need by sending a request to it.

What is an API?

The application programming interface, or API, receives the requests and sends them to the system to respond.

Suppose you need to buy shares in a company. In this case, you can not directly access the core of the stock exchange. You have to purchase shares through various brokers. In this example,  brokerage sites exchange data with the core of the exchange through the API.

Clean coding helps developers better understand and modify the code in the future. If you follow the principles of clean coding in your projects, your code will look more professional. The difference between Clean Code and Dirty Code in projects with a high number of lines is noticeable.

Large, professional teams that use software development methodologies such as Ajail tend to hire programmers who follow clean coding principles. Because dirty coding makes programmers use repetitive functions and doubles the project time. On the other hand, the developers get confused if they need to change or modify the code.

Some of the principles of clean coding are as follow:

Sometimes, developers miss the most obvious mistakes. Sometimes they see errors but postpone fixing them and finally forget about them. Eventually, when setting up a website or showing a demo to a customer, they immediately encounter an error message or action that they do not expect. This is where the importance of testing comes into play.

Testing is your best friend that prevents you look incompetent and inefficient in front of the people who pay you. You should perform testing in different stages, from the beginning of programming to the end of work.

There are many methods, tools and frameworks for testing software in PHP, among which, PHPUnit is an open-source testing tool widely used for

PHP unit testing. It tests code unit by unit for errors and defects. Although the process takes a long time, the final program is less likely to fail because of the testing of all units.

A programming framework is a collection of libraries, standards, design templates, and coding rules provided to developers in the context of a software framework.

Some of the benefits of the Laravel framework include:

Some of the advantages of using MVC architecture are: