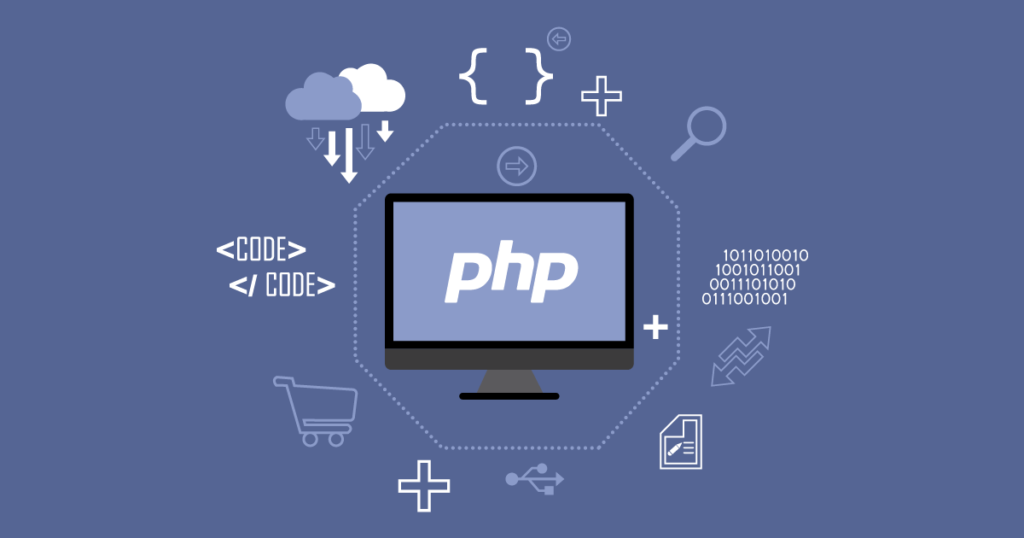 This educational article is going to introduce you to the world of PHP and help you meet its various features. If you are interested in programming and want to start this path with the server-side, SOJECT suggests you read this article to the very end.

You can use PHP for anything related to servers, from websites to desktop software and telegram bots. One of the best options for developing a website backend is the PHP language.

PHP has proven its capabilities in small and large projects such as Google, Yahoo, Wikipedia, WordPress, etc. So you can choose it with confidence.

Setup Environment to Work with PHP

First of all, you need an operating system, which can be Windows, Linux, or Mac. However, most users prefer Windows.

After the operating system, It’s came to a local server and an editor:

Since PHP code is executed on the server-side, you need a server to run your code. As real servers are expensive, you have to build a server using WAMP for Windows, MAMP for Mac, and XAMPP for Linux.

However, the best option among the above is XAMPP which is cross-platform and can be used on various OS. XAMPP or Cross-platform Apache Mysql PHP Perl runs on Windows, Mac, and Linux. By Using it, you can turn your system into a local server to execute your server-side code inside it.

Click Next to go to the next step of the installation.

In the next window, as you see in the picture below, check all the options so you can use different features of XAMPP.

Specify the XAMPP installation path if you need it.  However, by default, XAMPP will be installed in the System drive, which is C drive mostly.

In the following steps, keep clicking Next to finish installing XAMPP on your operating system.

After installation, you have a folder called xampp on drive C. If you enter this folder, you will encounter a large number of folders. Your projects will be saved in a folder called htdocs.

Installing VS Code and Its Extensions:

You need an editor to edit and develop your code in the right environment. We offer you VS Code. This editor is fast, free, and customizable, and you can prepare your editor environment based on your chosen language.

VS Code is an editor released by Microsoft written in Javascript and converted to Desktop software with Electron Js. Although no one expected Microsoft to develop and release free open-source software, this company made this editor accessible free of charge for developers around the world.

VS Code Editor is currently the most popular editor. However, editors such as PHPStorm and Sublime Text are also available. In this article, we will learn how to install VS Code.

First, browse the VS Code site to download the software according to our operating system. To install VS Code, just keep clicking on the Next button until the end of installing.

Installing PHP Plugins in VS Code:

If you search for “vscode best extension for PHP,” the most popular ones will be displayed. However, we introduce some of these plugins here:

After preparing the PHP workspace and installing all the tools needed to write PHP code, it is time to write and execute your first PHP code.

Go to the htdocs folder inside the xampp folder on drive C and create a folder for your project. Now, right click on it and select the “Open with code option” ( VS Code logo is next to it) to open that folder in the editor.

Click the option in the image below, called Explorer, to display the files and folders of the opened folder.

If you already have a file or folder in it, you can see them there. However, if you do not have anything, it shows empty, as you see in the image above. To create a PHP file or any other file, just right-click in the Explorer black environment and choose New File. Then enter the file name with the extension of the programming language. For example, you can create a file named index.php. Files named “index” are recognized and executed by the server by default.

To write your PHP code inside a PHP file, you need to write it inside a PHP tag. There are three types of PHP tags, which we examine here:

The above tag is a single-line tag for printing text or output; see the example below:

This type is less commonly used and as a single-line PHP tag.

This tag is the most commonly used PHP tag for writing multi-line code.

Note that if you are using this tag in a document that contains all PHP code, you do not need to close it with ?>. Instead, use ?>  when you are among the HTML tags and want to write PHP code in a part of it.

Now it’s time to write your first code. It does not matter what the language is; we usually greet the world with a print command at the beginning of coding.

Congratulations on writing your first code in PHP!

Build a Document in PHP

You always need to create one or more PHP documents in VS Code Editor to start coding. There are two ways to create a document.

The first method is to use the icon

As shown in the image above, you can create a PHP document by clicking on the document creation icon. The only thing is that you should PHP files with the extension “php.”

The second method is what we mentioned above

What Is a Variable?

A variable is like a container that you can fill with values. Depending on the size and capacity of the container, different amounts of variables can fit it.

There are also variables in programming languages ​​that you can fill with strings, arrays, numbers, and so on.

Rules for Defining Variables in PHP:

is to use the $ sign (DollarSign) before the variable name.

The second rule is about variable naming:

In the example above, we started the word “this” with a lowercase letter. But the rest of the first letters are uppercase.

Assigning a Value to a Variable

To assign a value to a variable, you should use the = sign (equal) and then register the value. Note the following example.

There are two things you should always keep in mind. The first one is to put a ; (semicolon) at the end of every line of the code. If you don’t apply it, you will encounter errors.

The second point is that the input value of the variable determines its type.

In the example above, when we give the number to the variable, it is changed to an “integer variable”. However, if we give it a string, the type of the variable will be the string.

There are different variables available in PHP and other programming languages. String, Integer, Array, Boolean are some of them. We will discuss these variables here.

First of all, you should note that to create a variable, you should follow the naming rules mentioned above.

As stated, the type of variable is specified at the time of value assignment. The string value should be inserted whether between two double quotation marks or two single quotation marks. These two methods for making string variables are entirely different.

In the above code, we put a name in the double quotation mark and assign it as a value to the name variable.

If we check this variable with the is_string () function, which checks whether the given variable is a string, it provides us output 1, which indicates that it is a string.

According to the above, the output of this code should be like this.

my name is Harry Smith

But if we use single quotation mark:

The output will be as follows:

my name is $ name