12 Barriers to Effective Communication | The Skill You Need 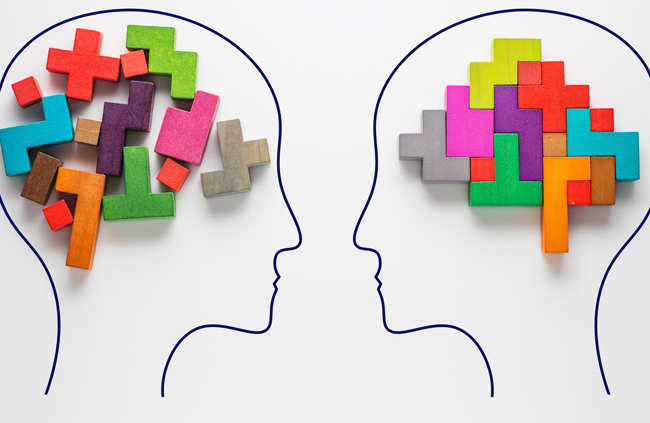 We visited my parents at the weekend. I decided to have a happy day, but they both started criticizing the way I treated the kids. I got angry and said that they had never given such concern for my brother and me. We argued for about half an hour, and all three of us got frustrated.”  Julie explained sadly. “It happens whenever I visit them, but I love my parents anyway and want to have a good time with each other. While almost all the time the opposite happens,” she continued.

The above is one of the everyday experiences in relationships. It often happens with parents, children, bosses, co-workers, friends, and so on.

The question is, why is effective communication so rare and tricky, despite the great desire that most of us have for it?

One of the main reasons for this is the barriers to effective communication that people unknowingly use in their conversations. Communication barriers are high-risk responses. That is responses that often have a negative effect on relationships.

The adverse effects of communication barriers are diverse and varied and often include one of four consequences:

Each communication barrier is a “feeling blocker,” meaning it reduces the likelihood that the other person expresses their true feelings constructively. Also, it can lead to permanent damage to the relationship if it is repeated constantly, as it is associated with an increased risk of negative consequences.

As mentioned above, communication barriers are high-risk responses that have a negative effect on relationships.

These barriers include the following twelve:

Negative evaluation of the behavior and attitudes of the other person

Humiliating the other person by giving him a label. For example: “Wow, you are so dumb.”

Analyzing the behavior of the other person in a negative way. For example: “You did it to make me angry!”, “Only because you are more educated, you think you understand more than me.”

4- Praise along with evaluation:

Praising others to motivate them to do what we want them to. For example, some parents might wrongly say things like, “You are a good girl, I know you will help me tonight.”

Many people do not believe praise is a barrier to communication. However, we will discuss it more soon.

Commanding the other person to do what we need. For example, “Do your homework right now.”

Trying to control the other person by pointing out that we will create bad conditions for him if he does not do what we want. For example: “If you do not do your homework, I will not let you see your favorite cartoon.”

Expressing what the other person should or should not do along with sermons and advice. For example: “You should not divorce. Have you ever wondered what will happen to your children ?!”

Asking closed questions with short answers is a significant communication barrier. For example: “When did it happen?”, “Are you sorry for what happened?”

Not paying attention to the other person’s problem by changing the subject. For example: “Do not think so much about it. “Let’s talk about better things.” “Do you really think this was terrible?! So let me tell you what happened to me.”

Questioning the other person’s emotional behaviors logically without considering the emotional pressure he endures. for example:

“Be reasonable! “If you had n’t bought this car, we could afford the installment.”

However, although the above factors do not have a negative impact in many cases, in situations where one or both parties are in a critical condition and are under psychological pressure, these barriers can cause the conversation to stop.  Furthermore, such behaviors reduce the other person’s self-confidence or increase the emotional gap between people.

When one or both parties have significant demands or struggle with a problem, it is more probable that using those barriers destroy the relationship.

However, communication barriers can be divided into three general categories:

Learn more: What are Soft Skills and How Transforms Your Life?

Judgment is a significant obstacle. Carl Rogers, one of the most influential psychologists of the twentieth century, believes that the main barrier to communication is judgment which in a sentence means to approve or disapprove of the other person’s statements.

Although the tendency to evaluate and judge is common to almost all verbal communication, it intensifies when people’s emotions are highly involved.

Many of us believe without criticism; people will never progress. Parents think that their children need criticism to know more about their shortcomings to progress and find their path. Teachers believe that if they do not criticize students, they will never learn, and managers believe they should criticize their workers; otherwise, things will not go well.

Naming and labeling have adverse effects on both parties. The exciting thing is that positive naming also has its own negative consequences.

Negative titles such as dumb, grumbling, dictator, dumb, etc., humiliate the other person. On the other hand, positive labels such as intelligent, hardworking, committed, etc., create aura and ambiguity, which means that we deprive ourselves of knowing the other party. To explain more, when we label people (whether positive or negative), he/she is no longer the one we communicate with; instead, we interact with the label and the name we put on him/her.

Instead of listening to what the other person has to say, some people play the role of an emotion inspector looking for hidden motives, psychological complexes, and the like.

Asked why she left her job, the secretary of a psychologist who has resigned just after a month said:

“He analyzed the motives behind every action I took. I had the feeling that I was always in the position of a defendant in the court of his mind. If I get to work late, it results from the feeling of hostility I had inside. If I got to the office early, it was because of anxiety, and if I arrived on time, I was obsessed.”

Praise along with evaluation

There is a common belief that sincere praise is beneficial. Many parents, teachers, administrators, and others unconditionally approve of praise. So at first glance, it seems unlikely that praise is a communication barrier. However, positive evaluations often lead to negative results.

Praise is often used as an empty slogan to force people to change their behavior. When a person praises others with hidden intentions, resentment often arises. People feel this is a new trick to deceive, fool, and control them. They feel betrayed and manipulated. It is not always true that praise is the same as being loved.

Even when praise is not used with the intention of deceiving others, it still has harmful effects. Have you ever noticed how people defend themselves against the praise of others? As if they are facing a threat.

This defensive attitude causes them to deny the praise they have received with sentences similar to the following:

Of course, it is essential to point out that not all types of encouragement are harmful. It can even be said that expressing positive feelings towards others is an important element of interpersonal communication, if  it is done correctly.

The second category: providing a solution

Another part of communication barriers is offering solutions to people. The solution may include the following:

The third category: avoiding the other person’s worries

There are three barriers to avoid the other party’s concerns:

The harm they do to the conversation is that it distracts the discussion from its original direction.

As we have said, the communication barriers are twelve, but there is also a thirteenth barrier that arises after people get aware of these twelve.

When people become familiar with the above twelve communication barriers, their natural and common reaction is as follows:

“This is exactly what my wife has been doing all these years! I have to tell her what obstacles she uses in our relationship.”

“My boss uses almost all of these barriers to communication. Next time, I will explain his mistakes to him.”

This type of reaction, that is, telling others what obstacles they are using, is barrier number thirteen. The thirteenth obstacle belongs to the category of judgment. If you want to improve your relationship, pointing the finger at others is a terrible starting point.