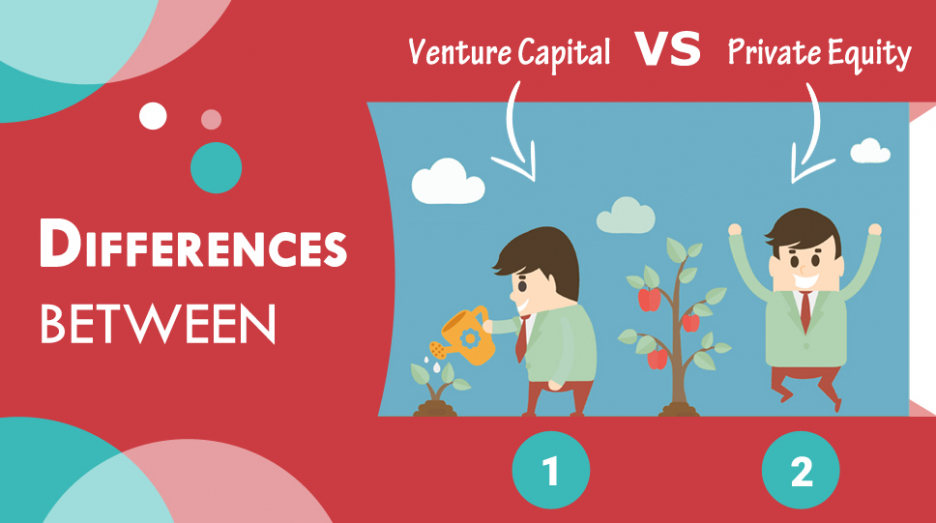 What Is Venture Capital Investment (VC)?

Venture capital is a high-risk investment that is usually made on startups. In this article, a startup is a new, technology-based and scalable business. Because of the potential risks to success and the very low probability of great success for startups, the investor at different stages of a startup’s development is called risky or venture.

On the other hand, the amount needed by startups to grow and scale are enormous. For this reason, venture capitalists are usually legal entities; a company or a fund. They raise their available capital from a range of wealthy individuals and entities. The following are some of the examples: pension funds, banks and insurance companies, charities and academia, corporations, etc. The return on this investment can range from absolute zero to 100,000%.

What is Private Equity (PE)?

Private markets, compared to the public market, is one of the large and complex financial spaces. It is divided into two sub-categories:

Unlike venture capital (VC), Private Equity (PE) usually buys 50% or more of the company’s stock. That’s why PE runs a higher risk. These companies typically have a significant stake in several companies at the same time.

However, you can see some differences between the two:

In addition, each one invests in a different stage of the corporate life cycle.

To be a little more specific, private equity typically buys half or more of the stock. These funds usually invest in mature companies that are collapsing due to problems. Their assumption in this investment is that the business will continue to be profitable if the issues are solved.

In contrast to private equity, venture capital usually invests the companies in the seed or early stages. VC provides the money needed for their growth. These funds typically buy less than 50 per cent of the capital.

However, this process is changing. In recent years, we have seen private equities invest in companies that have previously been provided by venture capital.

The Impact of Startups on Macroeconomics, Welfare and Dynamics of Nations

The results of extensive studies since the 1980s show a positive relationship between startups and the macroeconomic growth of each country. These results are because of the higher average growth rate of startups compared to large and mature companies.

In general, orienting towards technology and knowledge-based activities is one of the competitive advantages of developed economies.

Startups innovate in value creation to rebuild existing industry boundaries or create new ones. In addition, they help increase the dynamism, employment, national income, citizenship welfare, and the broader formation of similar economic activities in society.

The importance of knowledge-based entrepreneurial activities is critical in overall growth. It is so essential that one of the reasons for the superiority of the American economy is the mature and always dynamic entrepreneurial ecosystem in this country.

Just look at the number of startups in this country since 2006. Interestingly, most of them are set up by MIT alumni. There are more than 25,000 businesses so far. These startups have created jobs for more than 3 million people to date and have combined annual revenue of $ 2 trillion. To bring it to light, this figure is equivalent to the gross domestic product of the eighth largest economy in the world! In addition, an average of 900 startups is started annually by this university’s graduates.

The importance and impact of venture capital

A startup needs many financial resources to attract capable human capital, turn an idea into a product, introduce a product to the target market, conquer the target market, grow and scale, and ultimately achieve industry excellence. The average capital raised by US technology-driven startups at various stages of development before the first IPO is $ 239 million.

In fact, if we consider a startup as a new, technology-driven and scalable business, it is not possible to make a change in the industry without the help of venture capitalists or private equity at different stages of growth and scale.

Therefore, the need for an efficient market, at least consisting of venture capitalists, is crucial to providing the startups’ monetary capital. In addition, there are investments such as credit, relationships, operational and strategic consulting, as well as management experience and skills. The role of venture capitalists and private equity is even more critical here.

Other roles of a venture capitalist

Why is’ Venture Capitalist’ risky?

Venture capitalists, compared to active investors in other asset classes, are much more risk-averse. Some other asset classes include stock exchanges, fixed-income funds, and real estate. In other words, the venture capitalist will be exposed to different risks depending on the startup development stage, such as team formation, product prototype, product fit with the target market, revenue generation, scalability, business expansion, and so on.

(However, the risk for private equity is more compared to venture capitalists, as they buy more shares.)

For example, a venture capitalist who provides the capital in the very early stages of a startup may experience all of the above risks. Suppose a venture capitalist invests $ 3 million in a startup after the product prototype stage. The success of this startup and making the return on investment in 5 to 7 years requires forming a team of capable people, product development tailored to the target market, creating sustainable revenue streams and the ability to grow and scale the startup.

As you know, an active investor in the stock market may only experience systematic macroeconomic risks, inflation or market risk. But the venture capitalist may experience a collection of systematic as well as unsystematic risks. Some non-systematic hazards include risks of available market size, the intensity of competition, rules and regulations, scalability, revenue model, the outflow of investment, and so on.

Therefore, the characteristic of being venture goes back to two factors:

According to the historical data of the venture capital industry, the return on most investments is meagre or even zero. In the meantime, a small number of investments have returns equal to several times the original capital (3 to 10 times). And finally, an insignificant number of them have legendary returns. However, the latter offset the losses of failed investments and make up a significant portion of the total return.

According to Marc Andreessen, co-founder of venture capital firm Andreessen Horowitz, out of every 4,000 startups looking to raise capital, only 5% (200 startups) can be invested. Of these, 15 startups account for 95% of portfolio returns. In other words, 95% of the returns of an investment portfolio belong to 7.5% of its startups.

“The biggest secret in venture capital is that the best investment in a successful fund equals or outperforms the entire rest of the fund combined.”

You may be familiar with this principle:

Of course, there are venture capital funds in the world, that this principle does not apply to them. For example, for the Sequoia venture capital fund, which holds the record for most unicorns (startups worth more than $ 1 billion), it is five startups with legendary returns or five unicorns out of every 100 startups. (Stripe, WhatsApp, Google Oracle, YouTube, Zoom, GitHub, Dropbox, etc., are the startups that the fund has invested in.)

I would rather be a better picker of partners than investment

Raising capital from venture capitalists is the most common way to finance startups.

As mentioned, this method of financing involves raising capital from legal entities or third parties in exchange for the startup’s shares. In other words, depending on the startup’s valuation and the amount of capital raised, a percentage of the ownership shares are transferred to the venture capitalist. Furthermore, due to the high risk of venture capital, in addition to shares, the owner assigns the startup management and control privileges to VC.

In other words, shares owned by venture capitalists or private equity are preferred stock compared to startup founder’s who are ordinary shareholders. Stock privilege means that the venture capitalist also enjoys managerial, controlling and economic advantages over other common shareholders (founders and key startup employees). In this way, VC gets sure that it can use mechanisms to align the founders’ goals with their own.

Thus, preferred stock for the venture capitalist protects the capital (in cases where the startup is experiencing a decline in value) as well as increasing the authority to manage and control the startup.

In the case of a startup failure, the founder will pay a percentage of the injected capital (usually 2 to 3 times) to the preferred shareholders from the point of sale and its liquidity. Then they will divide the rest of the amount among the co-founders.

Suppose the startup’s value decreases after raising capital. It can be due to any reason, including unfavourable economic conditions, capital famine or systematic factors. In that case, the preferred shareholders will receive more shares to maintain the percentage of shares they own.

Of course, some of these rights and the relationships will change over time as the startup grows and goes through different stages of development. Also, other parts may lose their efficiency.

Do you need software for your startup? SOJECT produces the software you need with the best quality and price.