Front-End Vs. Back-End Developer in Comparison with a Full Stack 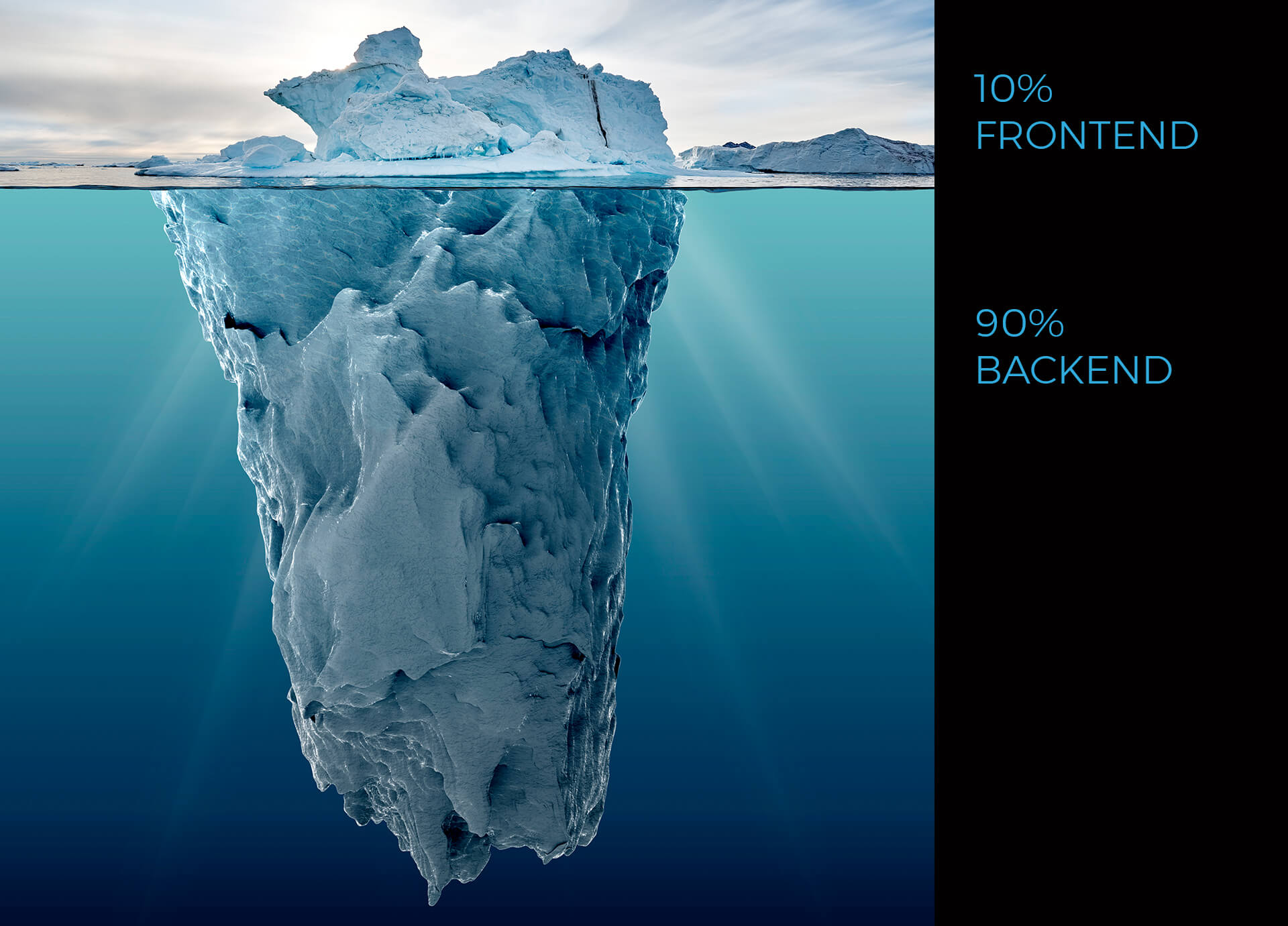 Front-End Vs. Back-End Developer; it is a topic that may occupy many minds, including yours.

Who is Front Developer?

Who is a backend programmer?

And what is the difference between these two and a full-stack?

These are some of the questions we will answer in this article. So if these are your problems, then read the rest of the article to the end.

By the middle of this year, more than 1.5 billion websites have been created worldwide, and that number still continues to rise. Therefore, web developers have strong job security, people active in coding, building, analyzing, and maintaining web pages. In today’s competitive world, websites are one of the most vital components of any business. Given that web development trends and patterns are changing rapidly, there is currently no shortage of developers’ job opportunities.

What is the front-end?

The front-end is the visible part of a website or application. The front-end displays incomprehensible code to users in a graphical and visual form to quickly access different site features. This section contains input forms, sounds, images, videos, and generally anything else that is understandable to the user.

The front-end is divided into two main parts: user interface and design. In the design section, designers use graphic software such as Photoshop, Adobe XD, Figma, etc., to design the site’s appearance. But the development part of the user interface is related to implementing the site’s appearance in the form of HTML, CSS, and JavaScript code. The visible part of the site for users on the front side is called the user side or Client Side. So the code written is on the front side, processed, and executed in the user’s browser. This means that the user has easy access to these codes and can view them.

Front-end is directly related to the Back-end section and dramatically impacts the user experience when using the product.

So this is the first point to compare front-end developers to back-end ones.

Who is the front-end Developer?

Imagine the user enters the address of a targeted site in a browser and presses the Enter key. The site opens quickly, and the template and graphic design attract the user’s attention. Each web page usually has a standard structure and significant visual features.

Everything you see on the web, from fonts and colors to drop-down menus and sliders, is a combination of CSS, HTML, and JavaScript. These visual components, which can be considered part of the “User Experience,” are controlled in the user’s system by a “Web Browser.” However, it is the programmer who organizes them.

In fact, it is the web front-end developers who are responsible for producing and creating such a quality product with a pleasant user experience. The site’s design and what the user interacts with is actually what the front-end developer is making. In this section, you will review the task of this type of developer, so you can better compare front-end and back-end Developers.

What is the back-end?

The back-end is a part of a website or software that is not visible to users. In other words, the core and brain of a site that is responsible for controlling its logic. Dynamic sites need back-end programmers to implement site logic through programming languages. Users do not have access to the code written in the back-end and can not view it.

This part of the site is like a part of an iceberg that is below the water surface. The server side communicates directly with the user side and brings to life the user interface components.

Who is the back-end Developer?

This is very easy. Those who do server-side programming are called backend programmers.

The programmer should receive the information from the database in accordance with the various purposes and display it to the user after processing if necessary.

A tangible example of front-end and back-end in everyday life.

Consider a movie. The front-end, or the appearance of the site, is like the movie you watch. The actors and scenes of the film are the components that make up the front-end and are placed in the appropriate locations according to the director’s instructions to perform their functions.

But in addition to the actors and scenes, there are many behind-the-scenes factors such as the cameraman, the director, etc., that you do not see. The code running in the background of the site is like the behind-the-scenes elements related to back-end programming.

Who is the full-stack Developer?

Because of the variety of programming languages, frameworks, and libraries, one person is usually unable to handle all the tasks of a large project on his or her own. Thus, programmers are generally either back-end or front-end; One person or a team builds the site’s appearance, and another person or group implements the site’s logic. If a person can do both parts together, that person is called a Fullstack Developer. A Fullstack Developer can complete a project on its own. In other words, a full-stack developer is a specialist who has a great deal of knowledge in programming, databases, servers, networks, and other IT disciplines.

Front-End Vs. Back-End Developer in Comparison with a Full Stack: this is what we discussed till now. Now let’s examine the skills of each of these job categories.

The skills required for front-end vs. back-end developers

The skills required for a front-end developer.

A software or app front-end is among the most critical aspects of a business because it is the first gateway that the employer can communicate with his client. If it does not look good, the business owner will miss out on the opportunity. So those who want to become a front-end designer and developer must have different characteristics and skills. Here are some of the essential skills of a front-end programmer.

A professional front-end developer first needs to code professionally with HTML, CSS, and JavaScript. Front coding is easier than other programming areas, and there are many resources on the Internet to speed up the learning process. Also, the developer can find a solution to each problem in the Q&A forums.

A standard user interface should not interfere with application performance on different devices and platforms. So a good UI must be able to respond appropriately based on the type of device it is running on. If it is not designed correctly, it may destroy the site or application’s value. As a result, the user will not work with the software.

Graphic software such as Photoshop.

If a web page has complex elements, front-end developers usually draw the Photoshop design and implement it after the team member agreement. Graphic software such as Adobe xd, Figma, etc., are used by front designers in most stages of designing a user interface. So learning at least one of them is essential for front-end developers, compared to back-end persons.

The front-end designer must use creative, user-friendly, and eye-catching designs for the application’s appearance. A successful designer can create a beautiful user interface that meets both the appearance and user experience standards. These factors precisely are what sets one work apart from others.

The developer of the front-end must be well aware of the users’ needs. He should design the app UI so that users have the best experience while using it. In fact, the key to a front-end programmer’s success is to know the user and their needs to design and implement a page based on them.

The skills required for a back-end developer.

Compared to front-end programmers, back-end developers need less to learn visual skills. In other words, we can summarize the skills they need in coding in different languages.

Java, PHP, Python, SQL, #C, and .NET  are some of the skills they need to obtain.

Familiarity with at least one server-side programming language (PHP, python, node js, java, etc.), database concepts, algorithms, and discrete mathematics, problem-solving and challenging ability is from the pot of skills required for these developers.

The skills required for a full-stack developer.

SOJECT provides you with front-end, back-end, and full-stack programmers

SOJECT is one of the successful software companies. We build and support customized software with the best quality. Furthermore, you can apply for hiring developers through our site. We provide you with the best back-end, front-end, and full-stack programmers. You can also hire a whole team of software professionals. You do not have to spend your precious time assembling the team. Ask us for the best quality and the lowest price.